A 2019 Pew study revealed some startling numbers. Over the past decade, the percentage of self-professing Christians in America has fallen from 77 percent to 65 percent of the population. Meanwhile, the percentage of religiously unaffiliated rose from 17 percent to 26 percent.  This means more than a quarter of Americans are agnostic, atheist, or religious "nones.” According to the statistics, the country of the Great Awakenings and a steeple on every corner is quickly becoming a post-Christian nation.

It is true that Christian influence in America is less potent than it was fifty years ago when almost 90 percent of Americans identified as Christian. The Bible is not a trusted resource in society. The church is not a central part of the community. Prayer is not a welcomed activity in all spaces. Christian influence is waning. In fact, there is a growing hostility toward all things Christian.

There is a perception that God brought the Babylonians against Jerusalem because of a "decline in religion." In reality, the Jerusalem culture at the time of the prophet Isaiah was thoroughly religious. In the first chapter of Isaiah's vision, we read that Judah was offering up a multitude of sacrifices, coming regularly to the temple courts, observing all the festivals and feasts, and spreading out their hands in prayer (see Isaiah 1:1115). In fact, the people of Judah seemed far more religious than the average American who claims to be Christian. Prayer, sacrifice, and spiritual language saturated the culture.

And yet, how did God respond? "I have more than enough . . ." (v. 11), "I have no pleasure in . . ." (v. 11), ". . . is detestable to me" (v. 13), "I cannot bear . . ." (v. 13), "I hate with all my being" (v. 14), "I am weary of bearing them" (v. 14), "I hide my eyes from you" (v. 15). God couldn't stand their religious culture because it only masked their hearts, which were far from Him. God pleaded with them, "Wash and make yourselves clean. Take your evil deeds out of my sight; stop doing wrong. Learn to do right; seek justice. Defend the oppressed. Take up the cause of the fatherless; plead the case of the widow" (vv. 16-17). God smelled the fragrance of their temple worship, He heard their many prayers, He saw their feasts and festivals, and it made Him sick. He didn't see true worshippers; He saw cultural religion. He saw religious robes covering a rotting corpse. He saw hands lifted in prayer, while hearts were harboring idols. He saw a cultural Christendom totally void of the flaming Christian heart of faith.

What does this have to do with the Pew study? These recent statistics show only that Christendom, and all the cultural Christianity it represents, is on the decline. There is a steady decline of soulless prayers, of heartless sacrifices, and idolatrous festivals. The many Americans who have tried to keep one foot in the culture with the other in the church are finding it hard to keep both feet planted. So, they are lifting one out of the church. They are like a person at the harbor attempting to keep one foot on the boat and the other on the dock. This is possible in quiet waters, but when the waves come, they find themselves forced to choose. What we are seeing in our day is the boat of Christ's church pulling away from the harbor, leaving behind those who are not fully on board. 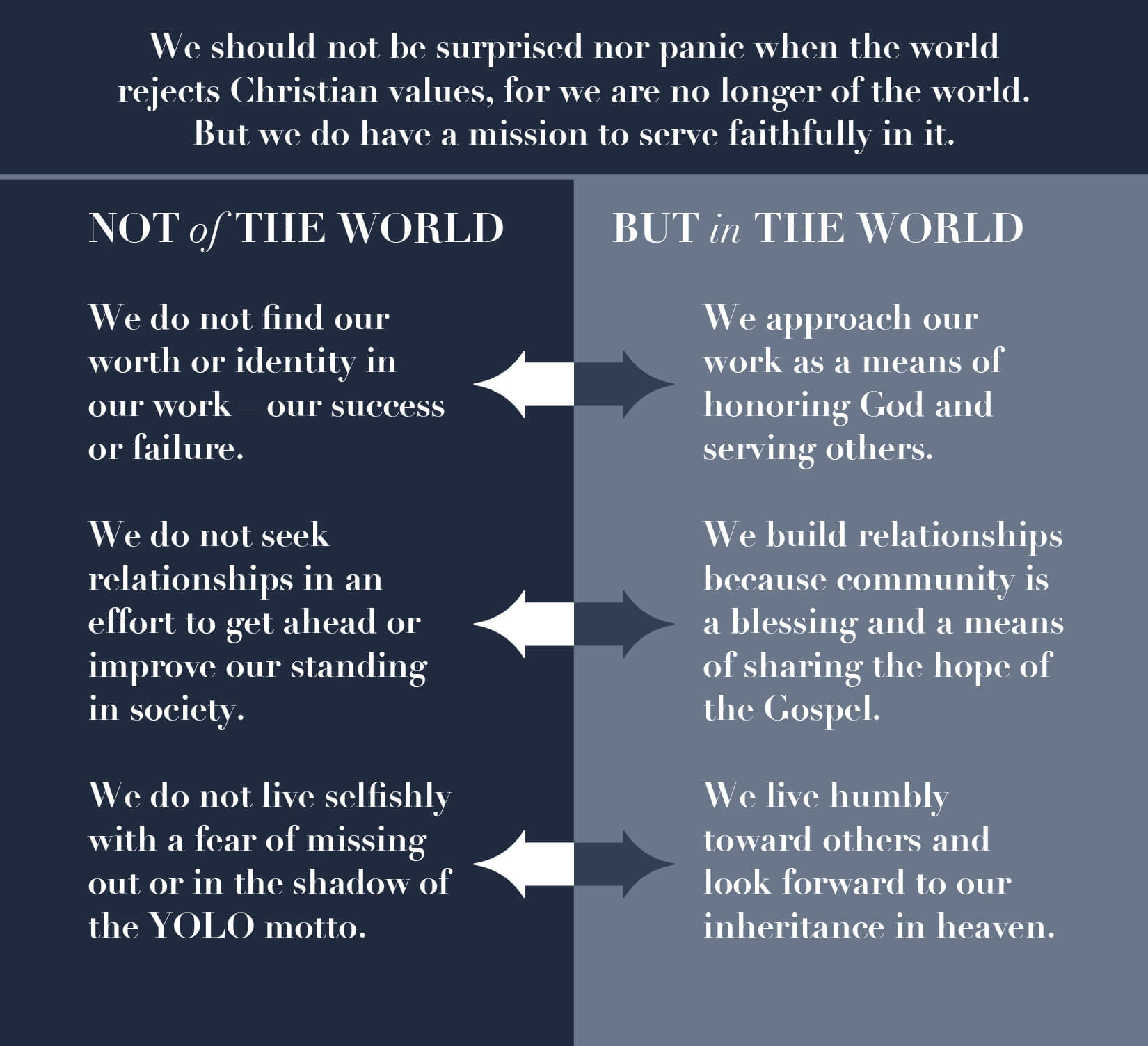 While professing Christians still represent a majority of Americans, we should not be surprised as the Christian worldview and the Christian ethos continue to lose influence in American culture. Don't be surprised if our beliefs are offensive to some. Don't be shocked when you run into Biblical illiteracy. Don't be distracted by the increasing secularity of our society. And, most of all, don't lose hope. God prefers a small group of true followers to a whole world filled with heartless religious activity. Just ask another Old Testament prophet Daniel.

It is hard to imagine a less "Christian" environment than Babylon in Daniel's day. Daniel wasn't in the majority. He was in the minute minority. Taken against his will, Daniel was forced to participate in the Babylonian education system reserved for the elite governmental class. Daniel didn't complain about the prevailing culture. He didn't bemoan his low status. Instead, Daniel lived a life faithful to the Lord. He refused to participate in Babylonian paganism. He rejected their food and drink. He resisted defiling practices (see Daniel 1:8). And God protected him. In fact, God lifted Daniel to the highest position in the land under the king, much as He did for Joseph in Egypt. Daniel became a beacon of true faith in a land of faithlessness.


Do you want to learn more about the Christian faith?
ASK US